Charlie Eastwood returned to MDM Designs to get a second Porsche Carrera Cup GB Livery design, after his very successful Rookie Season in the championship. A new livery was required, with a change of colourscheme the main intention.

After running the bright red, black and white sharp livery in the 2016 season - Charlie approached MDM Designs in the build up to the season opening Media Day to discuss ideas for the new livery design for his Redline Racing run Porsche Carrera Cup car.

The requirements for the new livery focused mainly on making the new design resemble more of the work seens across the Porsche Factory Team LMP1, GTE and Blancpain operations.
Therefore the initial concept stages saw us experiment with a few variations, ranging from simple chevron style designs like the Factory Squad, to a revision of last years livery, as well as a couple of fresh new looks that combined the white and dark grey with a hint of red - to match the Porsche brand colours.

Charlie's main sponsor Nutts Corner would still take its main position on the bonnet and door of the car, with the livery designed around it too accommodate. The side on concepts were approved on a design which was designed carefully to ensure the front and rear bumpers, as well as the side skirts would be easy to maintain and re-wrap incase of damage, without compromising the overall look of the car.
The larger emphasis on white and the dark grey allowed for the car to appear much bolder from a distance - so it was taken forward and the remaining front and rear views of the livery were completed shortly after.

The championship mandatory locations came through quite late in the process, so small revisions were required to fit them into the design. After these small tweaks, the livery was complete and signed off by Charlie. The final design was then sent onto Redline to be forwarded onto their wrapping company. As normal with livery design jobs, we sent the artwork over unclipped from the template in vector format - allowing for the design and logos to be accessed and arranging into print and cut files to complete the wrap.

With the wrap applied and the car complete, the end result is a much brighter and bolder livery compared to 2016. The greater amount of white certainly makes the key areas on the front, bonnet and sides of the car stand out well in photographs and on television cameras.
Charlie has put the new livery to great use, taking numerous victories this season and currently leads the Porsche Carrera Cup GB Standings heading into the final two rounds of the season at Silverstone and Brands Hatch.

Shortly after the livery was completed, Charlie also requested that MDM Designs could create him an updated helmet design for the 2017 season. The design brief was to keep the same Irish colour-scheme that he has worn on his helmet since his karting days, but adding in more white to match the car, alongside tidying the design up with clean lines and not making it too busy.

The original concept almost hit the nail on the head first time, some subtle tweaks were made to add in more green and some glitter pinstriping into the design - before the remaining top and rear view was then completed. Nutts Corner and BRDC Rising Star logos were added to the design, alongside the lucky Shamrock on the sides and rear of the helmet - as with all of Charlie's recent helmets.

Once the design was approved, the design and vectors for specific details in the design was then forwarded to Liquid Colour Design - who painted the design onto a new Arai GP6-PED for Charlie to great detail and accuracy, leading to a very satisfied customer all round! 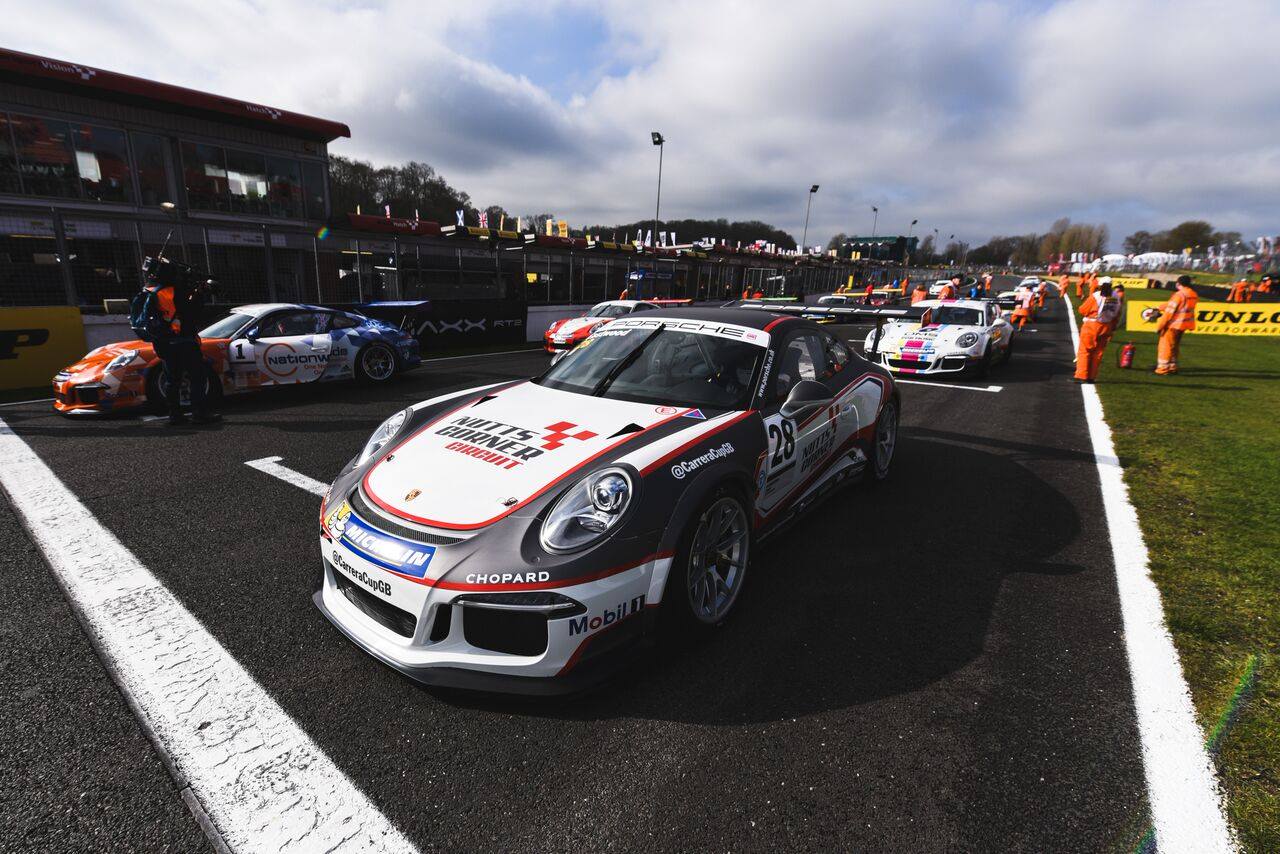 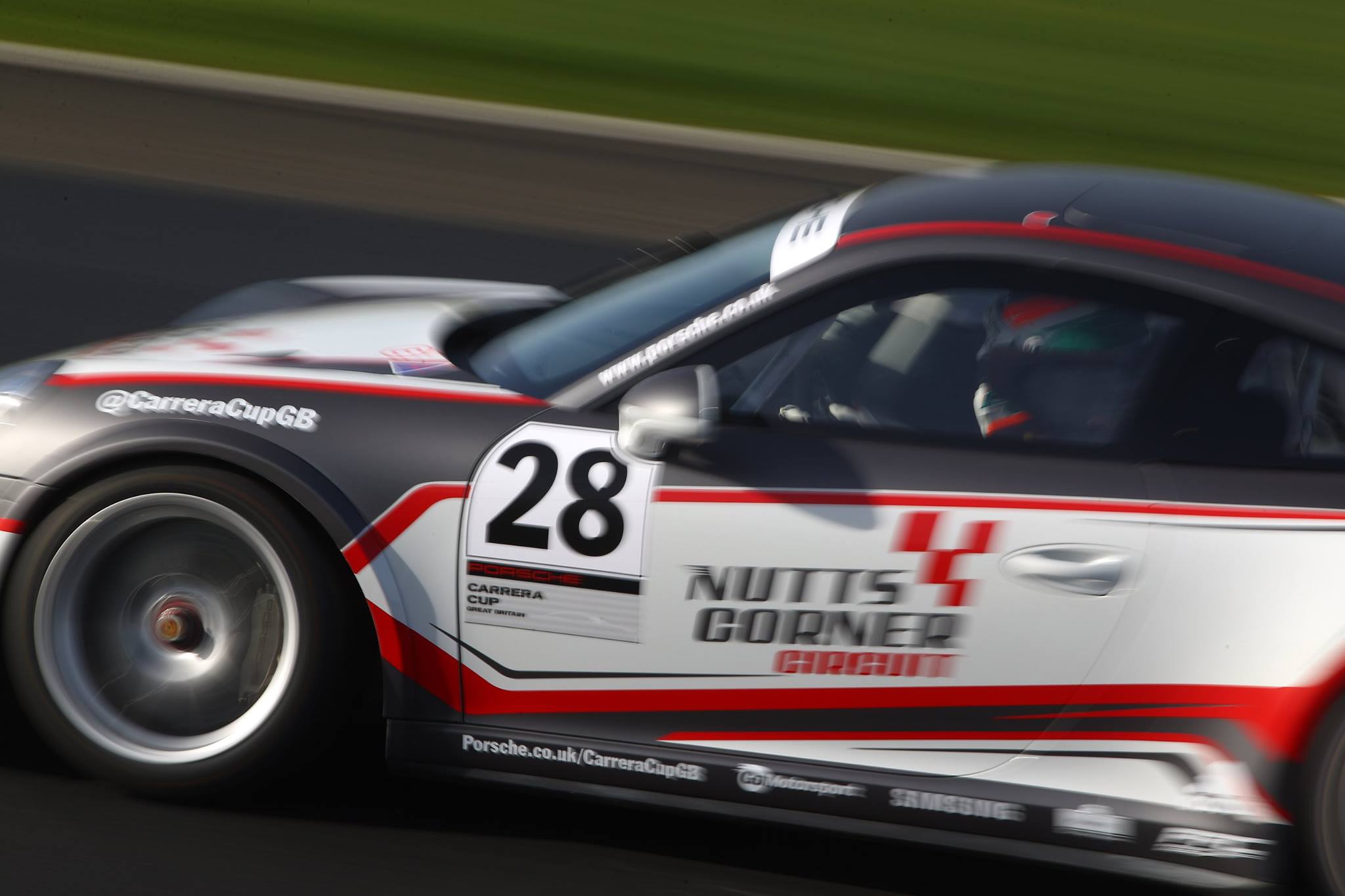 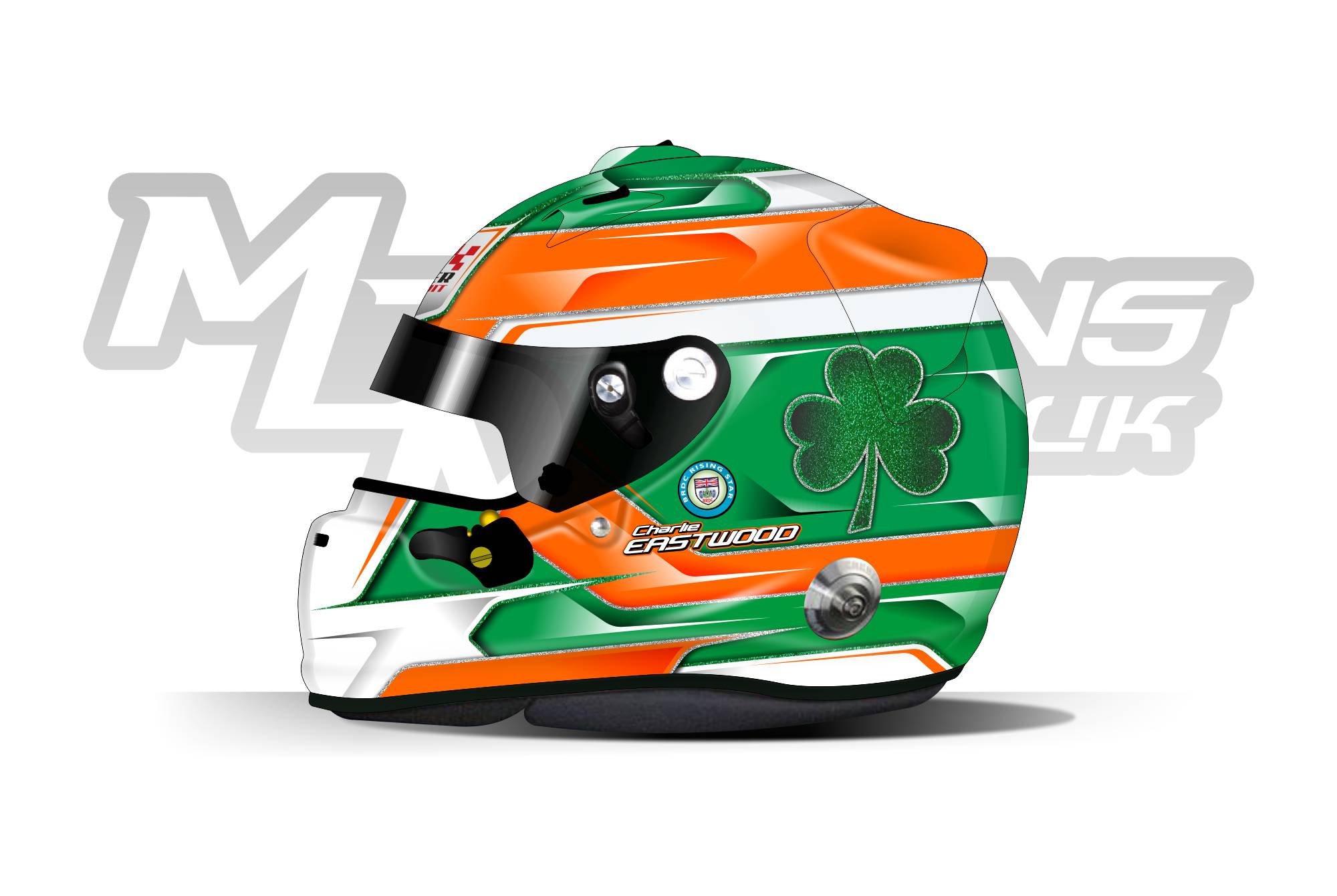 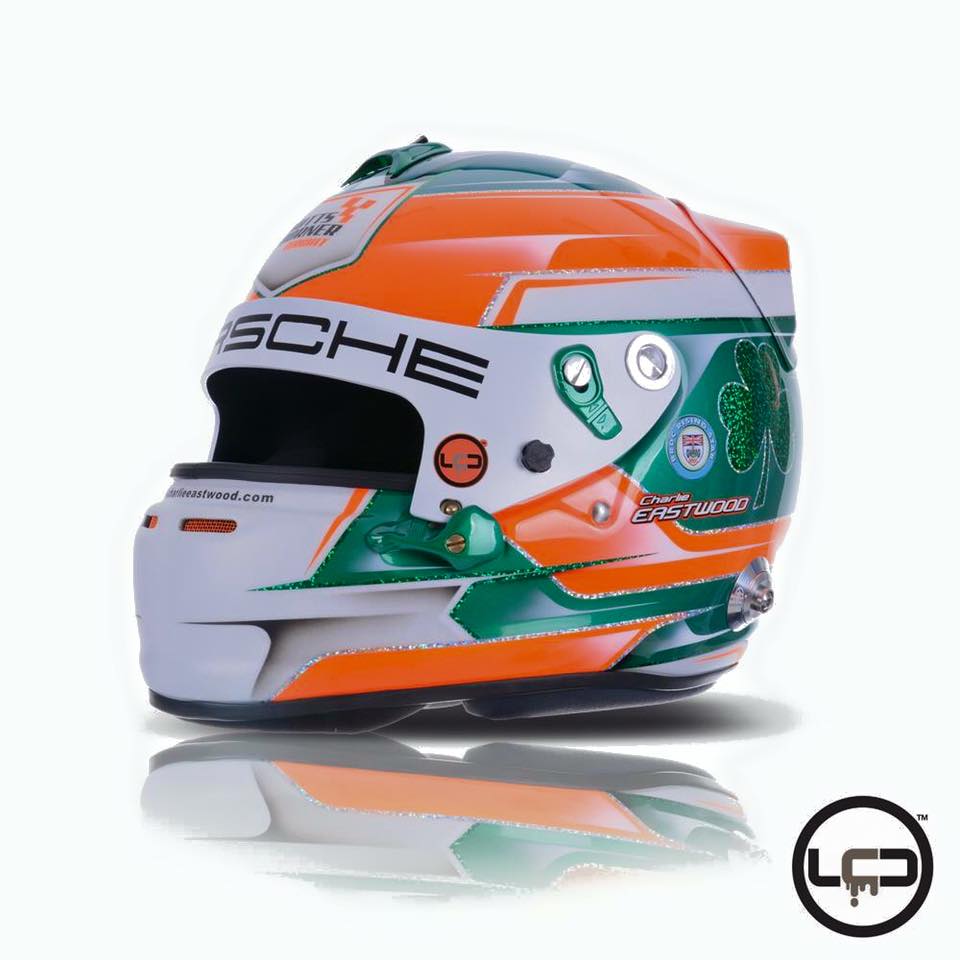 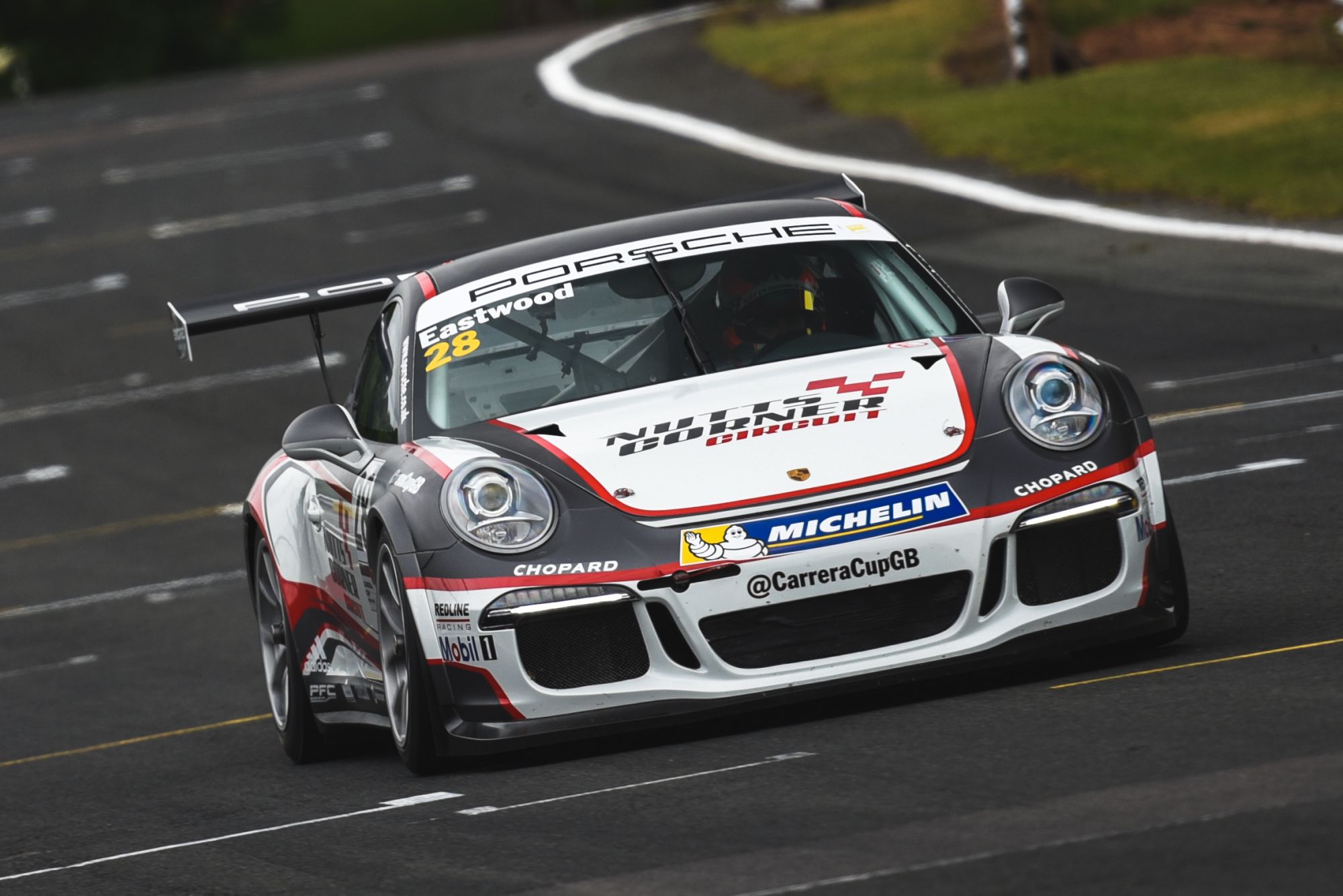 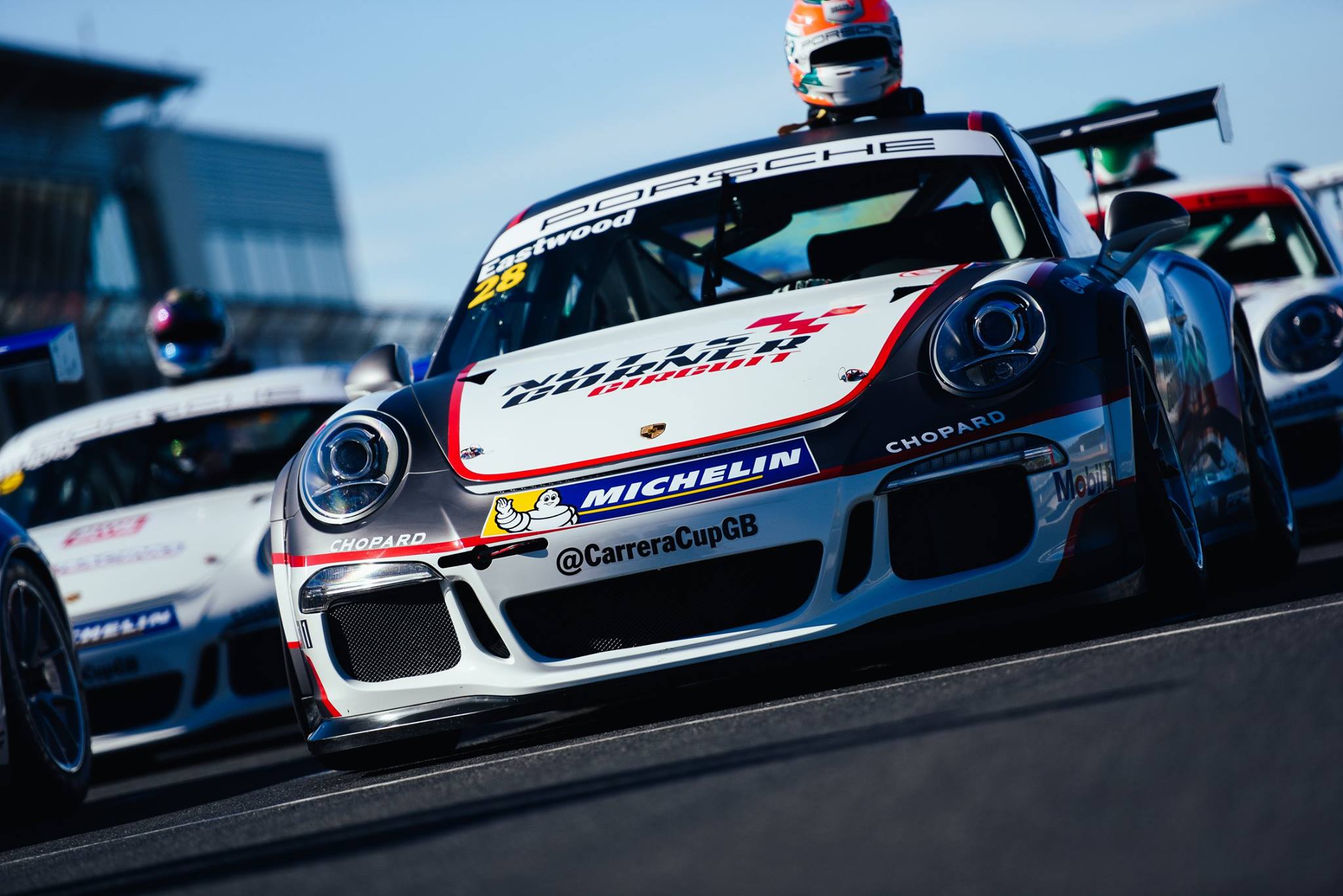