MDM Designs commenced with their second livery for ADD Motorsports for 2017 with the new livery for Sacha Fenestraz, as he joined ADD Motorsports and Josef Kaufmann racing in a bid to take the Formula Renault 2.0 Eurocup Championship, just as fellow driver Lando Norris did the year before - also in an MDM Design Livery.

The livery is intended to stand away from the usual blue, white, black and orange liveries currently on the FR 2.0 Eurocup grid - as used by teams R-ace GP, Tech 1 Racing and more.

Fenestraz's livery features the logos of his essential sponsors and partners, which require optimal coverage for their partnership with the young racing driver. Maison Fenestraz would receive the main visual placement on the sidepods, cockpit, front wing and rear wing. Ethos, would receive coverage on the engine cover and cockpit of the car and lastly ADD Motorsports, Alpinestars and the mandatory series logos, featured in more minor locations on the livery.

After experimenting with a mixture of layouts - including full green sidepod areas and even a unique camouflage layout, the choice was made to go with an Anthracite black painted base, with large sections of neon green and orange vinyl .
This striking look in turn matched Fenestraz's helmet design, meaning the new livery featured colours that no other car in the championship had and made it easy to spot on the Renault Sport Live Stream coverage of the races.

Adorned with this new livery has seen Fenestraz have a stellar 2017 season, where he took the championship title in dominant style - earning himself a spot on the RenaultSport Academy for 2018. 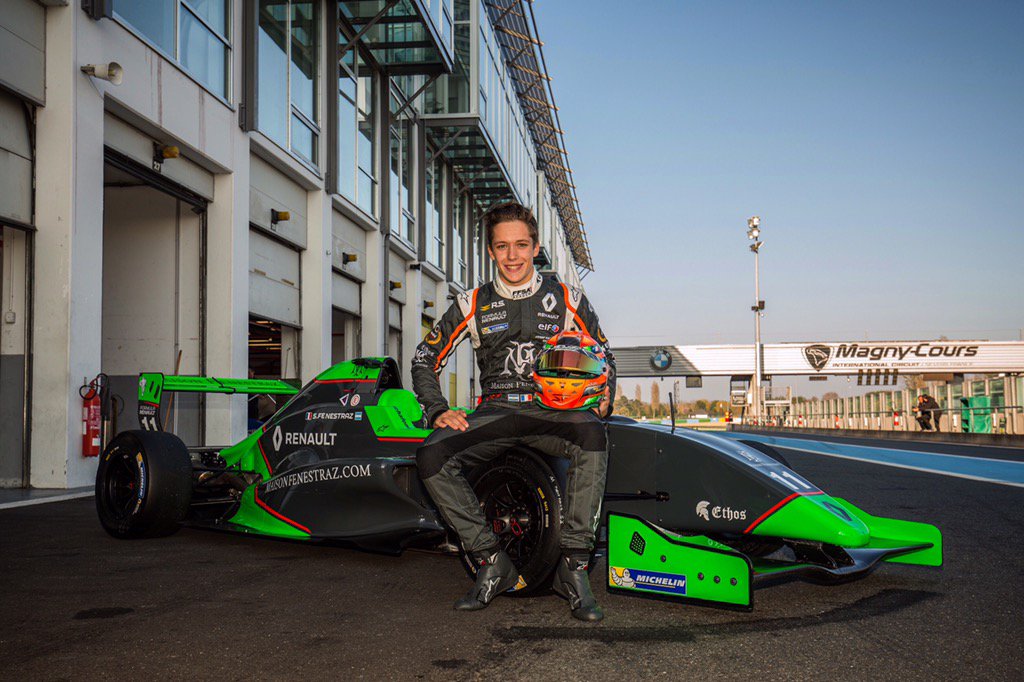 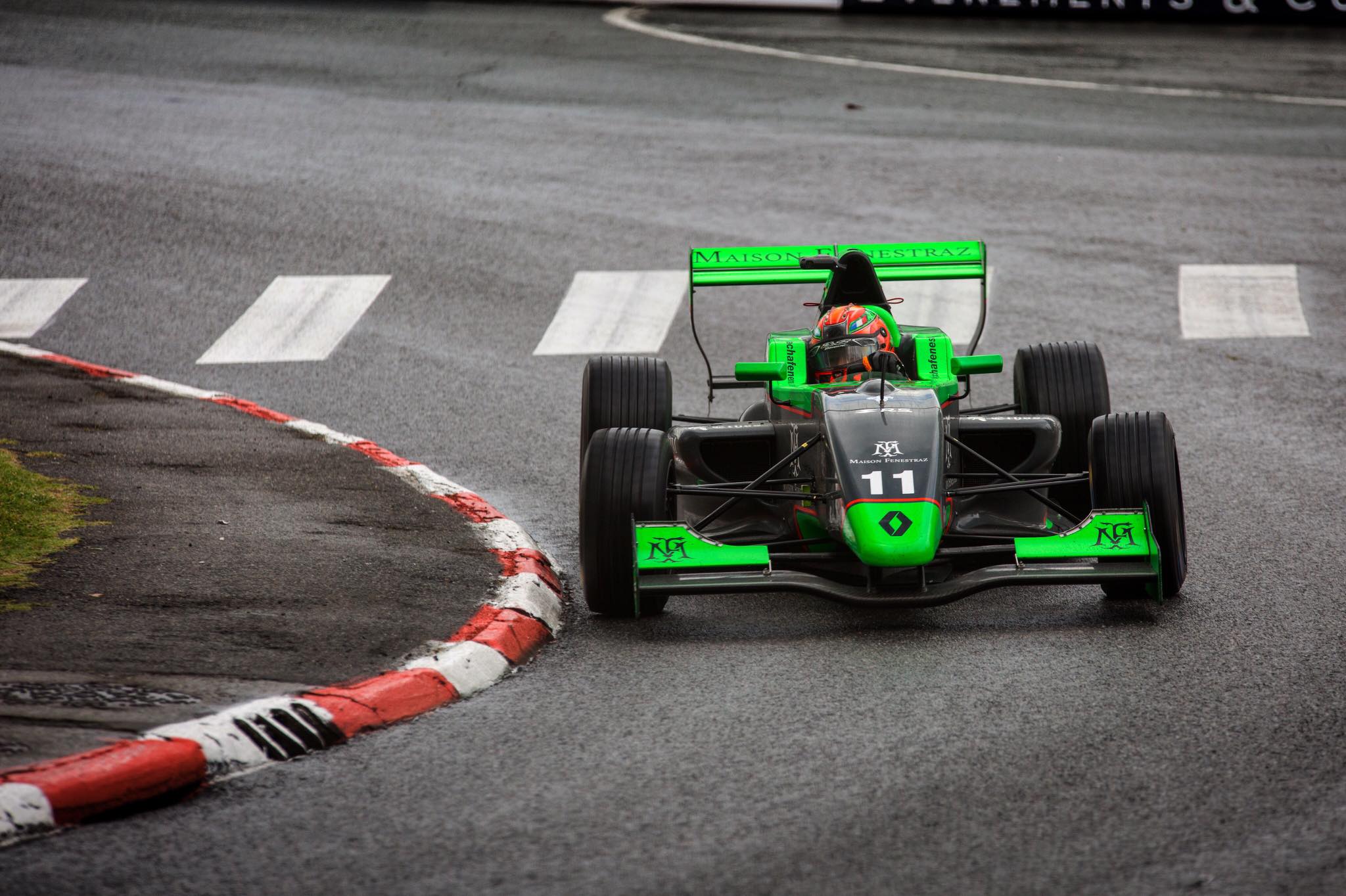 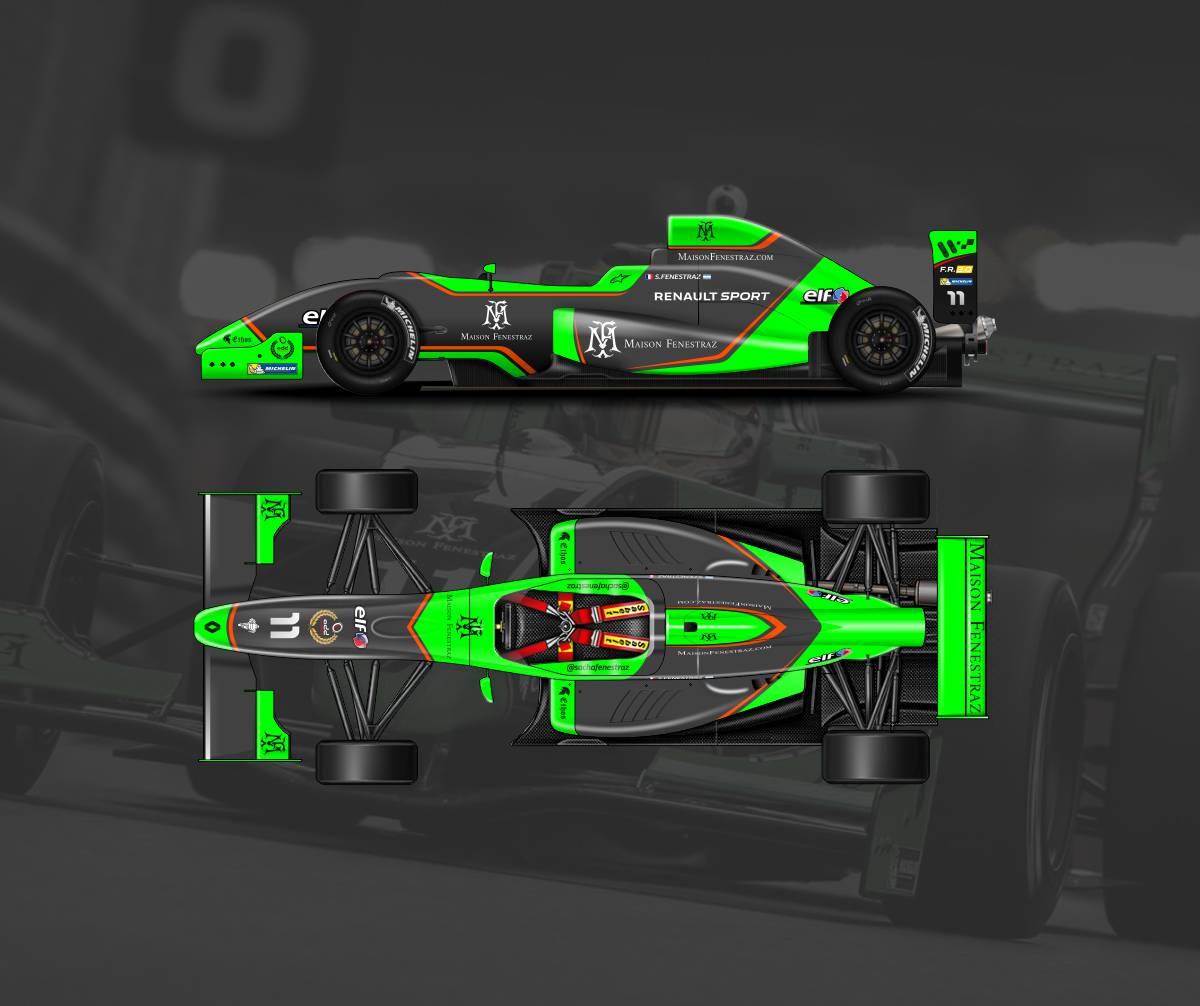 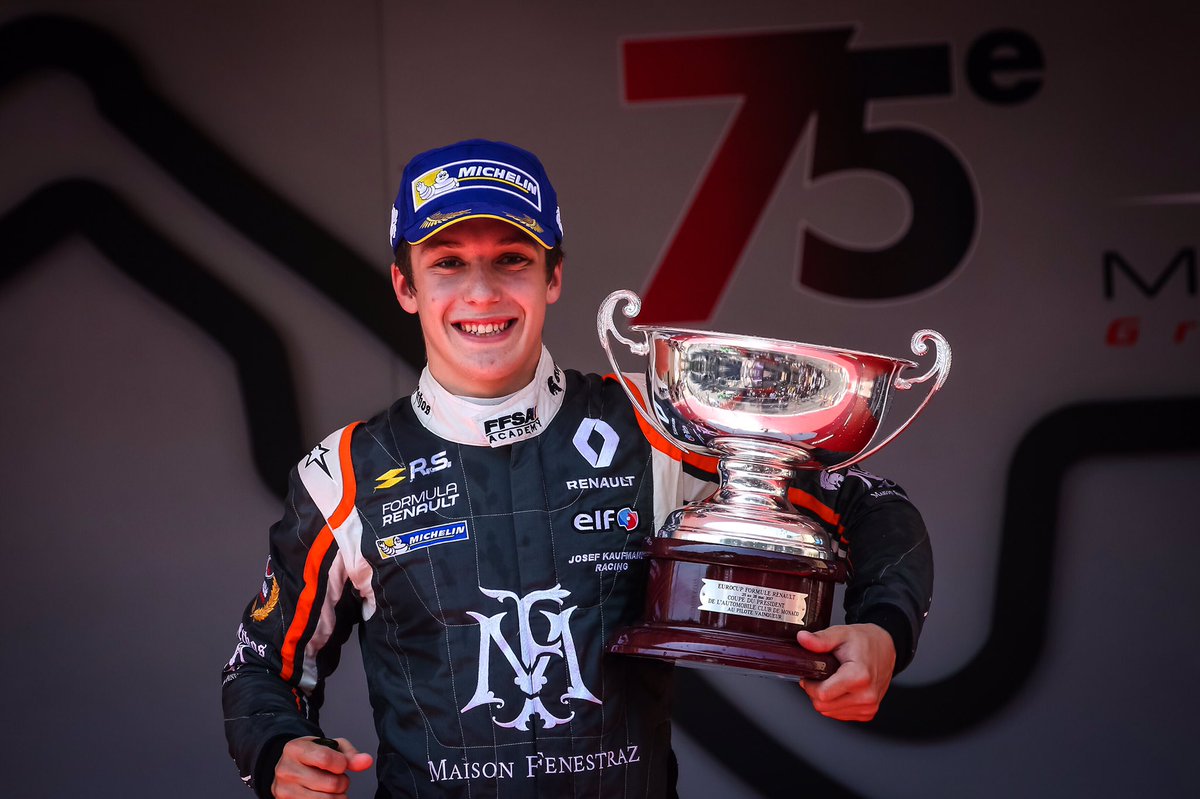 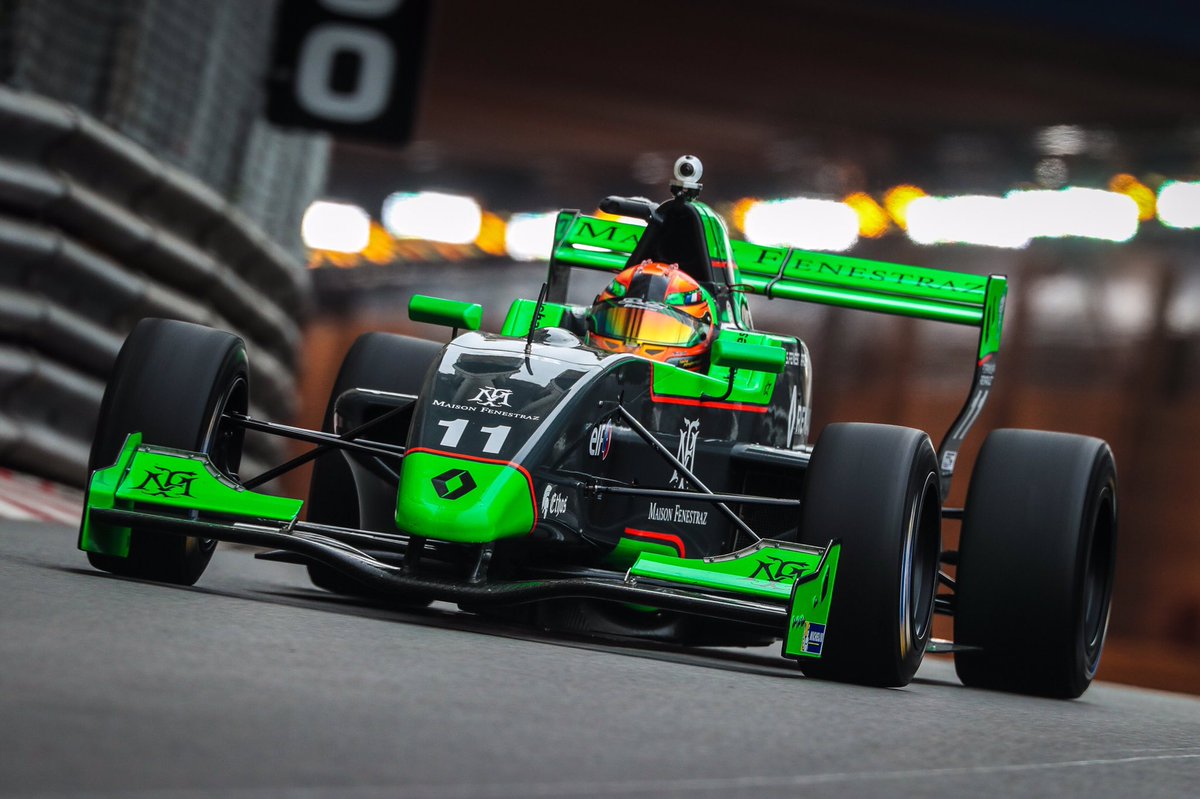 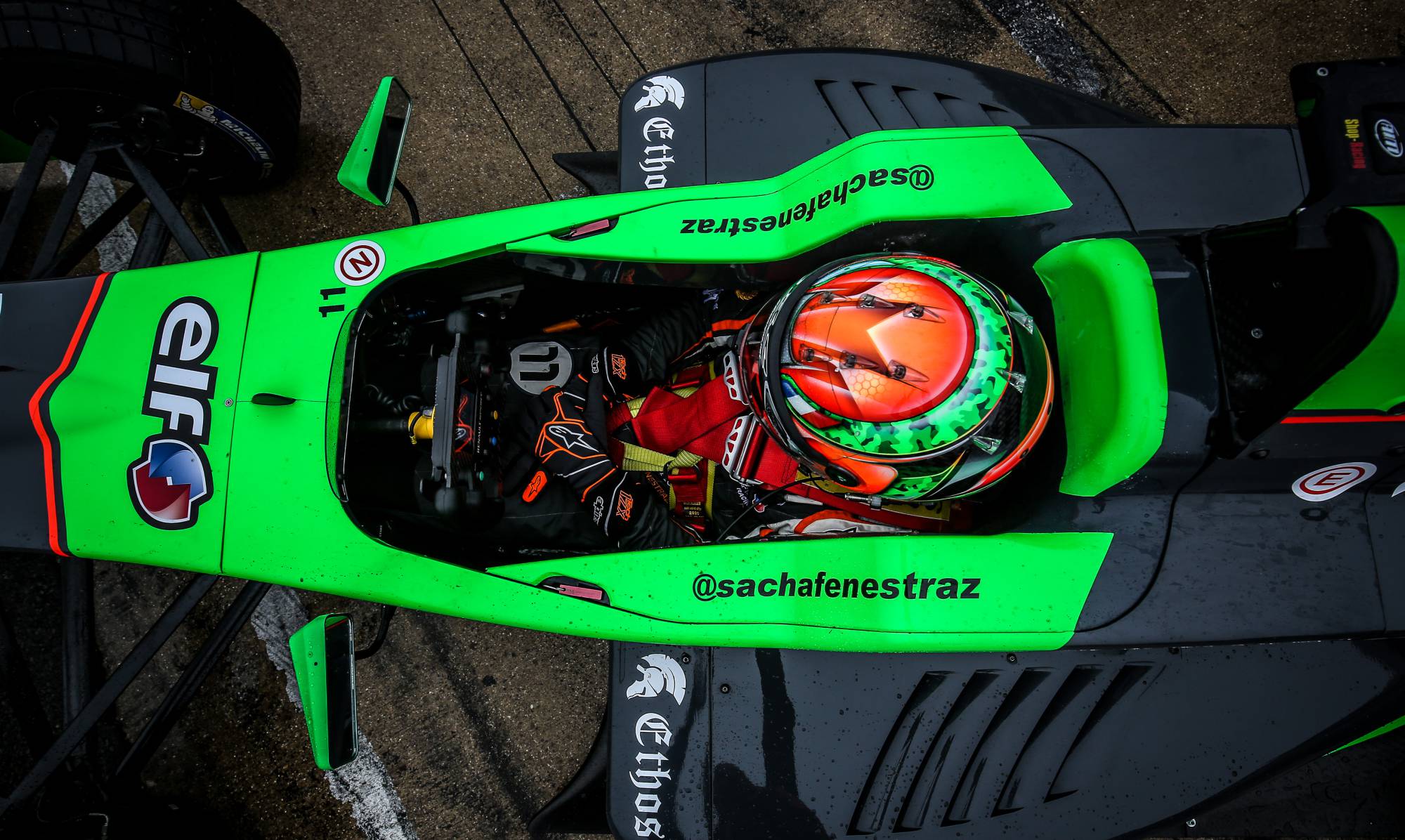